Play This Game Now! ...
Or scroll down to read about it.

It's war and enemies have captured your base. You are the last soldier from your troop in the base so only you can fight it back. Take the rifle and get ready for the battle. 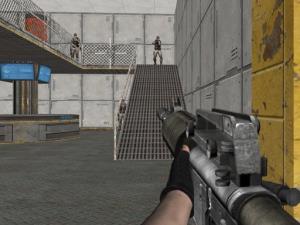